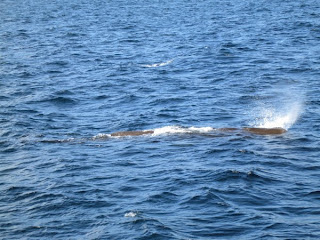 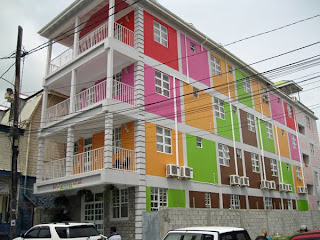 Colors of the Caribbean 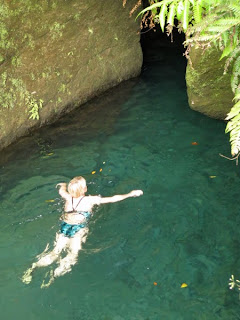 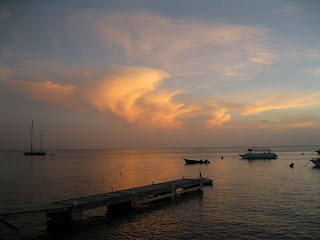 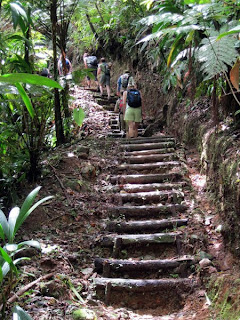 Hiking up to Boiling Lake 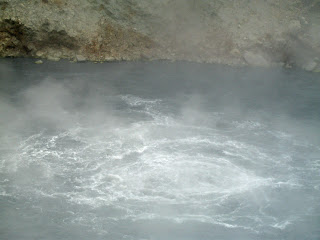 The Boiling Lake
Posted by Vagabond Ventures at 8:28 PM No comments: 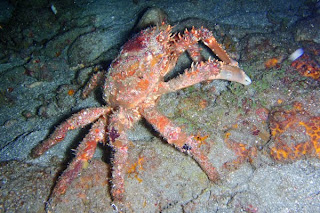 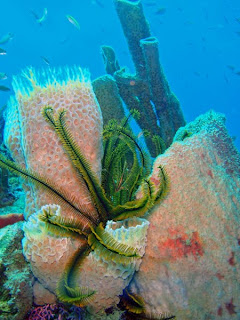 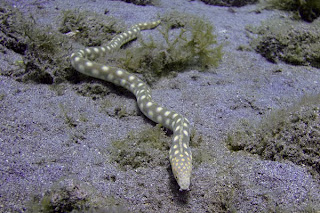 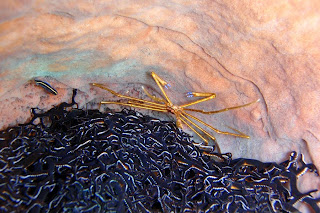 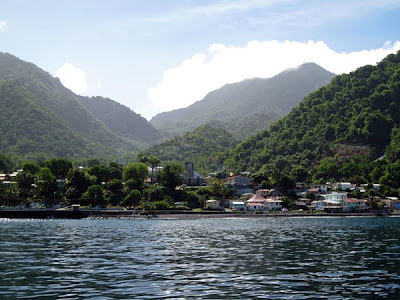 Looking out across the landscape from one of Dominica’s towering peaks, I had a sense of discovering something that had managed to escape the domination of man and thus remained a pristine jewel in a vast indigo sea. Dominica is the tallest island in the Eastern Caribbean reaching a height of 4,747 ft. It has 365 rivers and the largest oceanic rainforest in the Caribbean. A large portion of the island is sparsely populated, making for a whole lot of green. For this it is commonly known as the nature island.


On our recent trip to this verdant isle, we stayed at a funky little place on the water called Castle Comfort Lodge. We found the staff to be both friendly and helpful. One of our guests even learned some new knitting techniques from the bartender. Our package included two boat dives, unlimited shore diving and breakfast daily.

The diving was great even though visibility was less than the norm (about 60 ft.). We saw new and interesting critters on most dives. There were huge barrel sponges and a multi-colored array of delicate crinoids on every dive, making for a picturesque landscape. We saw large turtles and multiple free swimming eels of various types on many of our dives.

My favorite critter on this trip was the basket-starfish. I first encountered it on a day dive, when I peered into a large sponge and noticed what looked like a tangled mass of black arms huddled near the center of the sponge. I speculated about the possibility of this being some kind of alien. It looked a little like something I’d seen on Star Trek. When I saw the creature again on a night dive, it had grown to twice its original size, crawled out of the sponge’s core and was waving its tentacles around wildly. Definitely alien!

One of the other unique creatures that can be seen in Dominica is the Sperm Whale. They have a resident pod there. I had crossed my fingers prior to our arrival in hopes that we would catch a glimpse of at least one on the afternoon of our whale watching tour. I was not disappointed. We had several sightings on our tour including, two close encounters with a female that seemed as interested in us as we were in her.

In addition to diving, Dominica offers spectacular hikes with a multitude of cascading waterfalls surrounded by lush tropical vegetation. There are options available for every level of fitness, ranging from an easy 10-15 minute walk to a waterfall that plunges into an iridescent pool, to a strenuous 6-7 hour hike that involves over 7000 steps, crab crawling up rock faces, leap-froging across boulders strewn throughout steamy creek beds and ends up at the worlds second largest boiling lake.

We chose the strenuous option on our last day in Dominica and for two days afterward, I hobbled about, cursing every step I took. Was it worth it? I would have to say, now after regaining my mobility - yes. It was a painful challenge with breathtaking scenery; a truly unique adventure that should be experienced at least once, if one is physically able. This is not a hike for anyone who has significant knee, back or hip issues, or is not at least moderately aerobically fit. There is a pay off at the end of this trek called Titou Gorge. It is a cool refreshing pool that disappears into a tunnel which you must swim through to reach a series of waterfalls. The swim is short - less than 5 minutes, but there are some areas where one cannot touch the bottom. For those who are not confident in their swimming ability, it is advisable to bring some sort of flotation devise.

There are a wide variety of activities available on the island, making it difficult to choose if one only has a week. If you love nature and outdoor activities, you will love Dominica.

General information: Language spoken on the island is English. Currency is the Eastern Caribbean dollar which was approximately 2.6 to 1 exchange rate at the time of our trip. They also accept U.S. dollars. Pearls in downtown Roseau is a great place to go for tasty, affordable local cuisine. There are no see-ums, so bring your bug spray or Avon Skin So Soft. Driving is on the left. Be aware of when the cruise ships arrive and plan your tours accordingly.
Posted by Vagabond Ventures at 8:04 PM No comments: 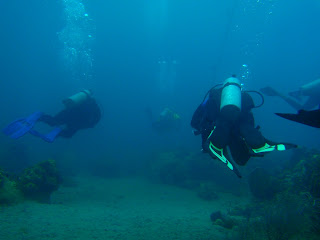 We were greeted with beautiful weather on our arrival on Dominica. Mostly flat seas this week with visibility at 50 to 60 feet. The outside temperature has been a comfortable 86 degrees, with the water temperature at 82 degrees. The reefs are healthy and colorful. Lush green mountains descend to the gorgeous blue water. Stay tuned for a detailed narrative of the underwater and land adventures.
Posted by Vagabond Ventures at 7:13 AM No comments: